Inicio Actualidad Entrevistas New York Closes its restaurants due to coronavirus. The experience of José Luis Chávez from Mission Ceviche

New York Closes its restaurants due to coronavirus. The experience of José Luis Chávez from Mission Ceviche 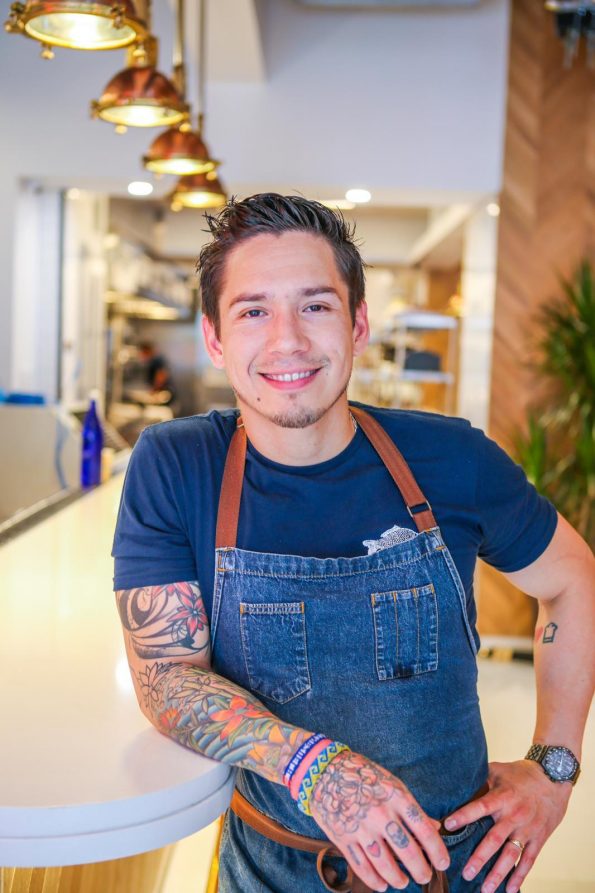 Chef José Luis’ story is very inspiring. He’s Venezuelan, to a Peruvian father, and he’s an American resident. On Friday, we talked to him about how he has lived the closing of restaurants in New York, one of the most affected cities in the world due to coronavirus.

We arranged to talk on the phone, at 2 p.m. in NYC, 8 in the afternoon in Madrid. Right the moment to applaud from balconies in Spain. I told him, and he said to me: “We also applaud but at 7 p.m.”. It’s already a daily routine.

In New York City, they’ve been under lockdown for three weeks. Although restaurants are closed to the public one month ago, however, delivery and take away services are available. There are some restaurants that keep operating under that modality, but in the case of the chef, he said that the first four days they tried it, but it didn’t work so he had to close the restaurant and his other 3 fast casual stands can’t operate because the gourmet markets are closed.

Until now, 42 people have stopped working, that is to say, the whole company staff, including partners and the chef himself.

Chef José Luis Chávez started with a Peruvian ceviche bar at a food stand at Gansevoort Market, 6 years ago, called «Mission Ceviche, healthy & bowl», then the next in Soho at Canal Street Market and the third in Norwalk, Connecticut. So, the projects worked very well and gave him the opportunity to get into the sector, he began to be known in the specialized media, and he even represented Peru in the «Food & wine festival» in Aspen, Colorado, one of the largest events in the United States.

But his dream became bigger when he opened “Mission Ceviche, restaurant & bar” with a restaurant complete service, in Upper East Side, in Manhattan. Shortly after the opening, he got great news. It was reviewed by Pete Wells, the famous restaurant critic from the New York Times, last September. He gave him one star, which means a ‘good restaurant’. “After the publication came out, we had queues over one hour to one hour and a half”, said José Luis. 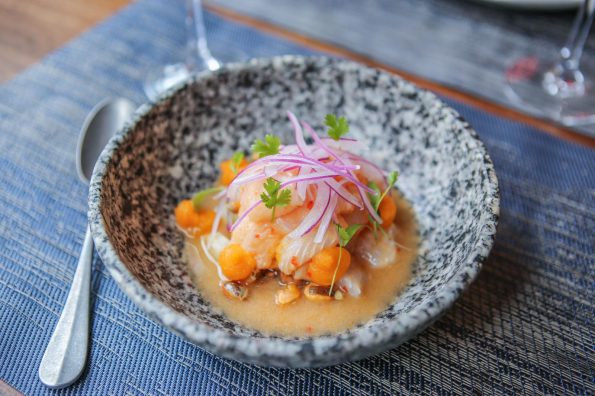 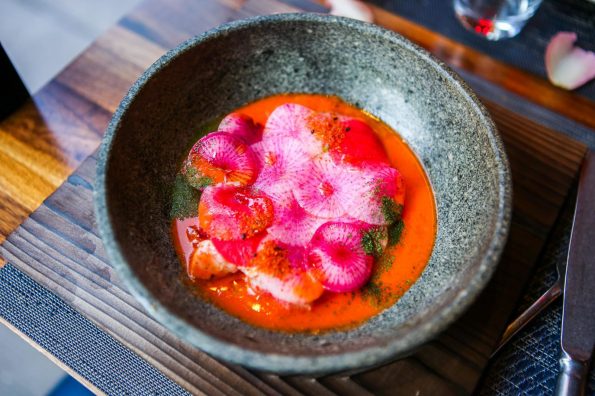 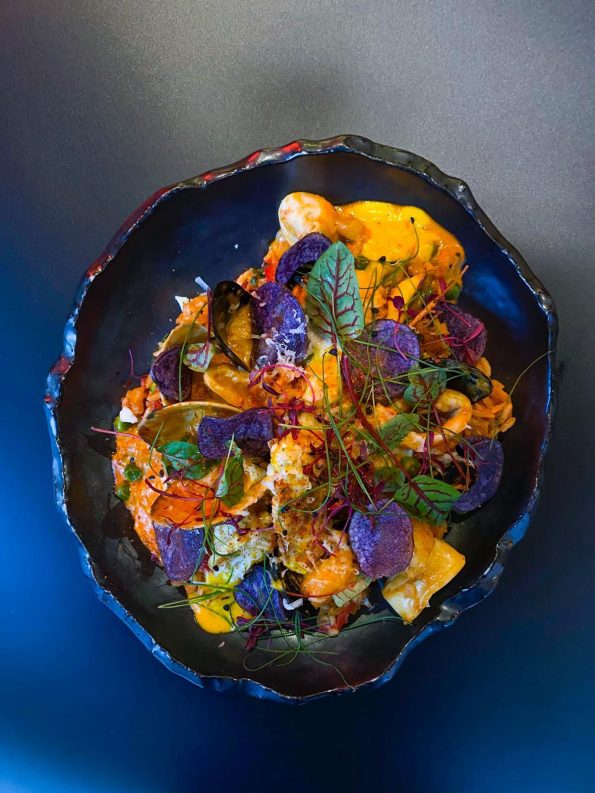 When did coronavirus catch you with your projects?

We had opened the restaurant eight months earlier. When a restaurant opens, the time to reach equilibrium is 6 months to 1 year. We were already recovering, preparing for the summer, we applied for the sidewalk café license, which is the outer part of the restaurant where 20 more chairs were going to come in, we were excited about everything, but this virus thing came up.

We were joking about it, we never thought it would reach this level.  At first, we could only work using 50% of our capacity, for example, if 100 people came in, we could only have 50 people in the restaurant, and then we were told we could only work delivery and take away services. We tried it for 4 days, but the concept didn’t work. We even made a smaller menu.

So, we sat down with my partner, to balance the accounts. First, we don’t want to open because we’re not selling; second, even though we were allowed to open, the idea was that we stay home. My wife was also worried that I was going, and they saw that things were getting out of control, I am in Upstate 2 hours from New York, my mother-in-law has a big house and here are all her children, we are with the whole family.

How has it affected you financially?

It has affected us a lot, we had cash flow, money that stays in the bank for expenses, which was to prepare us for the summer, to invest 19 thousand dollars for the outer part, the roof, etc. We had to pay insurance for employees, by law. Between that, and other expenses, we were back to the start. We have bills that we haven’t paid, the suppliers, the rent, we still don’t know what to do. The government has offered to help, but we’re still dealing with that. The only way we can reopen is if we get a loan application from any bank that we have applied for. It’s a total delay, it’s difficult because these are hard decisions when you open a restaurant like in my case, I have pressure because I have to provide for myself and my family, and basically I have to pay that money back to my 5 partners who invested in me.

How many people were working with you?

In total, 42 people were working through the company.

Did you have to fire them?

No, to fire them…we pay them compensation, it’s like an insurance coverage when they get sick. The difference, for example, in Perú there’s an employment contract, somehow you have to pay, and you have no choice. In New York, we work more simply, you have a contract but if we want to fire you, we fire you, and that’s it. Here the system is like that. They are in unemployments, which is one of the benefits that the government provided in order to pay three trillion dollars, a lot of money to help maintain the economy. They really are receiving a salary from the state, it’s 600 dollars a week. In our case, we are not, nor are my partners, as owners. 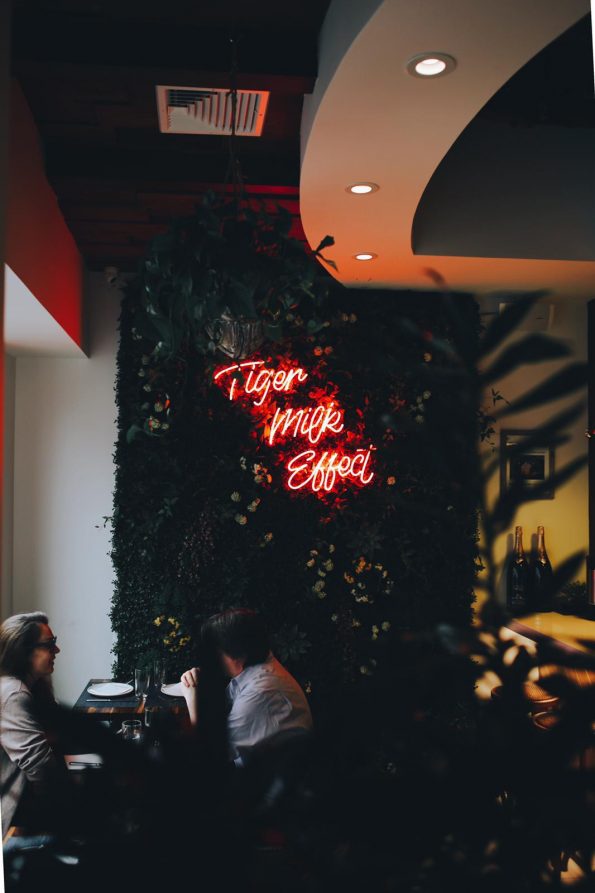 You have spoken to your colleagues in the sector, what are their feelings?

Frustration, fear, nobody knows how we are going to start all over again, if I don’t get the loan, maybe I might go bankrupt, I need more than 100 thousand dollars to start again. There, you have put your life and any moment now it closes, and you don’t know how you are going to reopen.

What is the future of restaurants? Here, in Spain, there are restaurants that are adapting to the ‘delivery’ service and it is said that it will be like a solution in the future. How do you see it over there?

In the case of Mission Ceviche, until we get the green light to operate, nothing. We’ve already tried [delivery]. It’s working for some concepts, it’s not necessarily leaving money but it’s covering some expenses, and they’re staying alive. We’re going to say we’re currently frozen. This is going to be fixed, and restaurants are going to reopen, and the economy is going to go back to normal. This economic blow is going to affect everyone, we are not going to sell the same amount as before the virus happened. We may have job cuts, and other measures: change the menu, work with products that are not so expensive, to have more profit margin. And what is happening to restaurants that were barely surviving, unfortunately, will have to go, thousands of them.

In José Luis’ Facebook fan page, I wanted to rescue this message that he leaves us in a video, in his first week of quarantine he says:

“Imagine that I always dreamed of, when I was at school, that day they would close the school and we would stay home, and it never happened until now when I so wanted to work, but well the only thing you have to do to save the world is to stay home”

Thank you very much for the interview, José Luis. All the best for you!